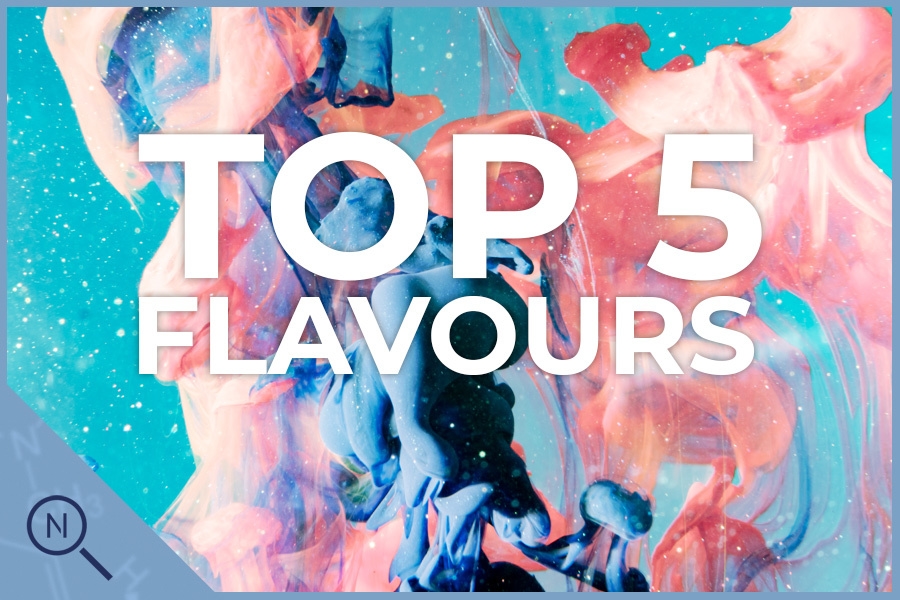 A look at the top 5 snus flavours and how they are made – as well as some tips on creating your own flavours.

Snus is a very versatile tobacco product as it comes in a variety of strengths and flavours, which can be enjoyed for up to an hour at a time. Of course, everyone has their personal favourite when it comes to taste, brand or strength, but there are a few favourite flavours that seem to stand out from the others. Below, we will take a look at the top 5 snus flavours.

Where do snus flavours come from?

Much like baking or cooking, snus flavours are developed by adding aromas to the ingredients. Certain flavours, such as coffee, berries and citrus, are very common additions to snus.

Although there is some innovation in terms of flavour – think chili and pepparkaka (a Swedish Christmas cookie) – some veteran snus users prefer to experiment with their own flavours. This is done by mixing 1-3 ml of aroma with 5 ml of water. They then add this liquid into the snus can (with the snus) and leave it in the fridge for a few days in order for the snus to become fully soaked. They recommend flipping the can over after about 2 days to ensure that all of the snus absorbs the flavour. Remember that this will make your snus moist – if you prefer dryer snus you will need to adjust the liquid contents to your own preference.

1. Mint: Across the board, the different varieties of mint have always been chosen as a favourite. Interestingly, mint is a favourite regardless of gender or age – which is of course quite an uncommon feat. Mint in itself also has a wide selection, as you can choose from flavours such as Evergreen, Spearmint, Eucalyptus, or just plain Mint.

2. Whiskey: There is something to be said for enjoying your snus with a drink, and some manufacturers have taken it a step further by adding the essence of alcohol to the snus. The ingredients in whiskey are rather plain – grain, yeast and water – and therefore they blend perfectly with snus. Of course, depending on how you prefer your whiskey – be it single malt, blended or single cask – you will find a brand that caters to your specific palate, such as Crafted Snus Whiskey Single Malt or General Mackmyra (made in collaboration with the Mackmyra whiskey company).

3. Bergamot: Now we know that citrus is a popular flavour among snus users, but the most popular of those must be bergamot. Originally from Southern Asia, these citrus fruits are mainly grown in the Mediterranean, and are probably most synonymous with Earl Grey Tea. The most popular bergamot offerings are often cited to be John A Bomans General and Skruf.

4. Juniper: Juniper berries are often characterized by a smoky and woody taste, and are well known additions to gin and beer, and frequently used within Scandinavian cooking. Juniper snus is a distinctly Swedish flavour and can be found in brands such as Swedsnus and Kapten.

5. Liquorice: Liquorice is perhaps a bit of a surprise favourite in this category; however, the sharp and distinct taste of liquorice does lend itself rather well to snus. The number of brands that sell a liquorice variant is testament to this, and popular options include LYFT, ON! and EPOK.