Home Nicopedia What is snuff? 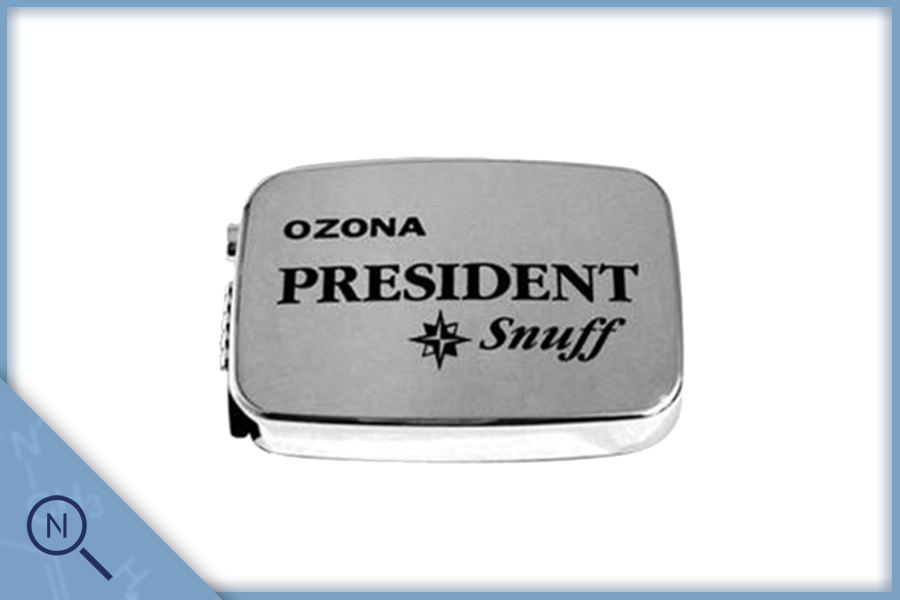 Snuff (or snuff tobacco) is ground tobacco that is snorted into the nostril, and can be thought of as sniffing tobacco. Traditionally, the user will place a bit of snuff onto the back of their hand, and then sniff it into their nostril from there. When you’re just starting out, it’s very common to sneeze right after sniffing the snuff. Although you might feel like a bit of a rookie when it happens, don’t worry, it’ll soon pass and you’ll sniff like a pro.

The history of snuff

Snuff is said to have originated in Brazil among the indigenous people, who would grind up the tobacco using mortar and pestle made from rosewood. The rosewood apparently gave the snuff an extra aroma, and was an early precursor to the various snuff flavours found today.

However, snuff was only brought to the shores of Europe during the time of Christopher Columbus’ second voyage to the New World – apparently by Friar Pané, who has been hailed as the bringer of a product that has stood the test of time, and remains popular to this day.

Snuff has also enjoyed many names throughout the years – its most illustrious being Herba Regina (the queen’s herb). This name was given by Catherine de’ Medici, who was queen of the French court in the 1500s. Legend has it that her physician prescribed snuff for her persistent migraines, and she became so enamoured by it, that she always carried some on her person. As a result, snuff became very popular and trendy among the ladies of her court who, no doubt, were very keen to try anything with such a regal name.

By the 1600s, snuff had become a very luxurious and popular product in Holland, where it took on its modern name, from the Dutch snuif.

But of course, as with most good stories, snuff has faced adversaries too. Pope Urban VIII threatened to ex-communicate snuff users in the 17th century, and Czar Michael of Russia banned the use of snuff, simultaneously passing a law permitting the nose amputation of any person found using it. Aren’t you glad it’s legal today…and you get to keep your nose to sniff snuff into?

How is snuff made?

Although described merely as ground up tobacco, the manufacturing process of snuff is rather lengthy and complicated, and traditionally occurs in snuff mills.

But if it’s such an arduous process, then what is snuff made of, you may ask. Interestingly, despite the lengthy process, snuff does not contain that many ingredients. As mentioned, the main ingredient is tobacco, but it can only be ground after undergoing an extensive curing and fermentation process. It’s during this time that the characteristics and flavour for each snuff blend is determined. While you can enjoy flavourless, or “fine” snuff, there is a plethora of flavours to cater to each palate, including chocolate, mint, whiskey and cinnamon. Once this process is complete, the snuff is left to mature (much like wine in barrels) for months or even years. The duration of this storage also impacts the taste and intensity of the snuff.

Besides flavour and maturity, snuff is also available in different degrees of texture and moistness. However, do not mistake snuff for snus, which is the most moist of the snuff products. The main difference between snus and snuff is that, rather than putting snus in your nose, it is intended to be rolled into a ball and inserted beneath your top lip. This is most commonly seen in Sweden, whereas the rest of Europe is more au fait with nasal snuff.

Where can you buy snuff?

So from the tribes of Brazil to the courts of Europe (nose-less or otherwise), snuff has graced our lives throughout the ages, and you can of course continue to buy snuff today. In this current digital age, you can find any snuff product that catches your fancy online, or you need simply to pound the pavements to your nearest shop, which should house a variety of snuff to choose from. If you’re feeling adventurous, why not indulge in a beautifully ornate snuff-box, and really make it the queen’s herb once more!