Home Nicopedia What is nicotine, and does it have any effect on the human body?

What is nicotine, and does it have any effect on the human body?

Walk down any busy street in any city in the world, and you will encounter at least one person smoking a cigarette. Smoking has become a big part of our everyday lives: it’s a form of socializing during our tea breaks or dealing with stress. We would be hard-pressed to find anyone who couldn't, at the very least, give a basic definition of a cigarette. But what about nicotine – what is nicotine exactly? We know it's a common ingredient in cigarettes, and some of us know that nicotine is the reason smokers keep going back for more, but what exactly is it and what does it do? Nicotine affects the human body in several ways, and can be both beneficial and adverse. 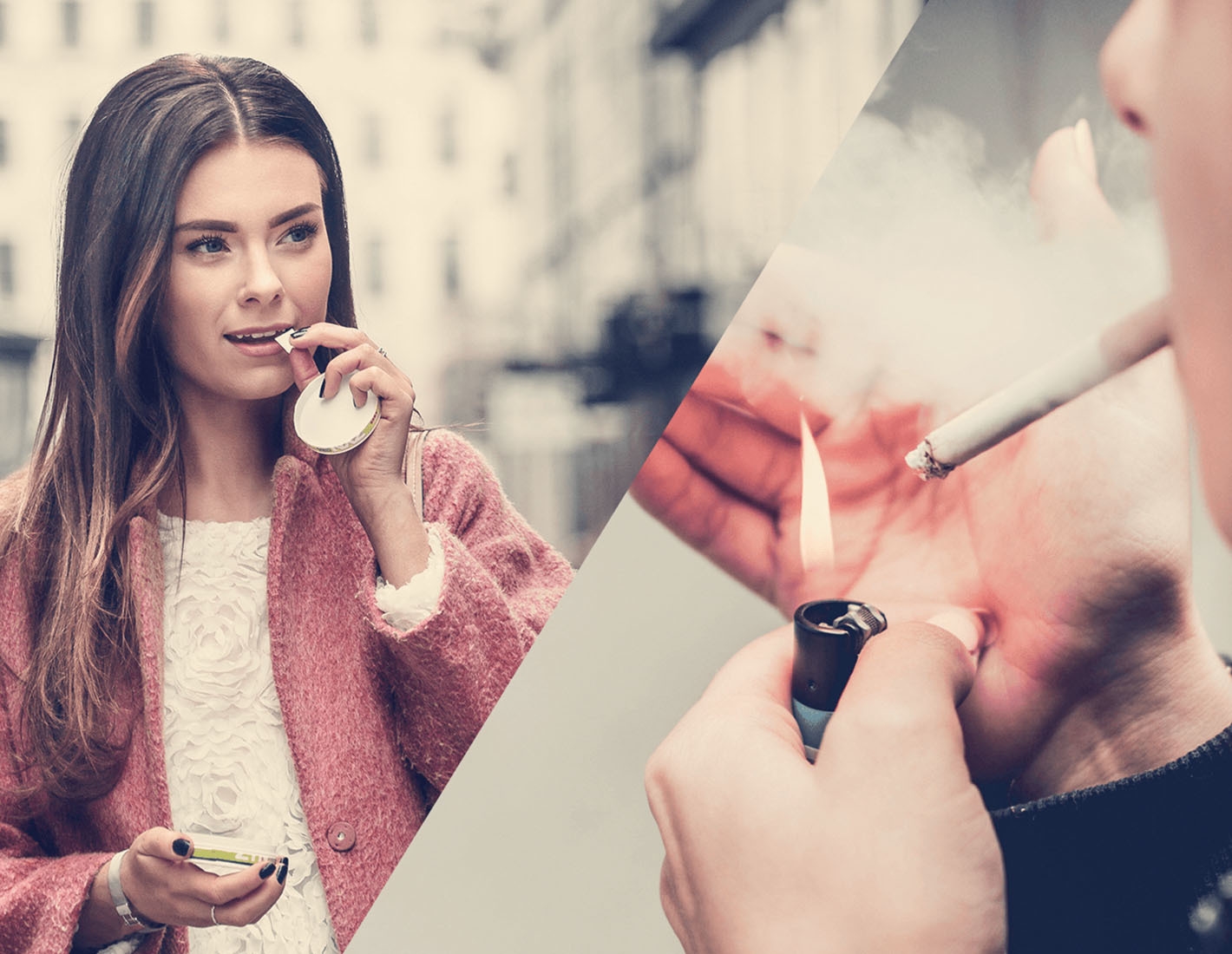 Nicotine, or more specifically Nicotiana tabacum, is a stimulant that actually comes from the tobacco plant, as well as other plants in the Nightshade family. Interestingly, you can find traces of nicotine in tomatoes, red peppers, eggplants and potatoes, as these plants also belong to the Nightshade species. So, if you´re trying to wean yourself off nicotine products, you may find yourself readily indulging in a hearty mash or caprese salad!

But of course, the best sources of nicotine are cigarettes (including e-cigarettes, pipes, cigars and vapes), as well as snus, snuff, and chewing tobacco. In general, these products provide the highest doses of nicotine, and therefore have the biggest nicotine effects on the human body (despite the buzz you may feel after a portion of delicious moussaka).

Historically, Christopher Columbus was said to have brought nicotine to Europe from the Americas, where it was used during religious festivities.

Moreover, the benefits of nicotine can be dated back to the French court of King Henry II in the 16th century where, it has been said, Queen Catherine de' Medici carried a bottle of snuff around at all times, as she had been told that it would heal her migraines. It quickly became popular in the French courts, and noble women could often be seen using snuff for their daily nicotine fix. Snuff would most likely also have been seen as more lady-like, compared to the unflattering scent of cigarette smoke. Intriguingly, more nicotine is usually released through chewing and snorting tobacco products, in comparison to smoking cigarettes, so perhaps these women knew what they were doing.

We all know that smoking is highly addictive, and this is largely due to the nicotine in cigarettes, which is known to be as addictive as heroin. Users can become dependent on nicotine within just a few days of trying it for the first time, and will often report that it has some mind-altering effects, such as feeling buzzed, blissed out, or alert. (In all honesty, who hasn't witnessed a frenzied friend become calmer and more reasonable after a quick smoke break? This is due to the release of dopamine, again caused by nicotine.)

In fact, nicotine is addictive for both its soothing and adrenaline-causing properties. As both a sedative and a stimulant, it is the oxymoron of chemicals. Some users enjoy the buzz that nicotine gives them, as it releases noradrenaline into the bloodstream, making them feel more ecstatic and focused. Due to the adrenaline, glucose is immediately released into the bloodstream, while the nicotine decreases insulin production, all-in-all cracking an extra energy punch. Others feel that it calms them down and relieves anxiety - most likely due to the beta-endorphins it produces. Either way, it's easy to understand why people struggle to break free of nicotine addiction, and often become irritable or anxious in the process.

Nicotine has also been associated adverse side effects on the heart, hormones and gastrointestinal system. It has been reported that nicotine users may be more prone to strokes, as nicotine increases their heart rate and heart muscle oxygen consumption rate. Thus, although users may feel calm while "under the influence", their bodies may be experiencing a riot at the same time.

Ever seen a smoker take a puff of a cigarette and instantly exhale with a sigh of relief? That is because nicotine rapidly enters the bloodstream, and within 8 to 20 seconds, it has already crossed the blood-brain barrier and the effects are being felt. Nicotine has a half-life of about 2 hours, which means that half of the dose has been used up in 2 hours.

Because of its addiction-forming properties, nicotine is a very popular additive in many products, such as cigarettes, snus, chewing tobacco and cigars. In short, manufacturers cleverly use nicotine to keep you buying their products. Therefore, for people who are trying to quit a particular vice, or who just enjoy the buzz of nicotine without the tobacco or smoke, there are plenty of nicotine products on the market. These products come in the form of plasters, nicotine pouches, chewing gum, and even breath sprays.

Snus and nicotine pouches in the UK

Interestingly, although snus is a popular product in Sweden, and Swedes can often be seen placing a small lump or pouch of snus under their top lips, the product is currently banned in the UK under the EU Tobacco Products Directive, due to snus’ alleged carcinogenic effects. This ban may have caused some Brits to be unfamiliar with this particular product, but this could soon change if brexit causes the snus ban to lift. However, although the sale of snus is illegal in the UK, actually possessing and using snus is not, and so you may still see someone walking down the streets of London with a snus jar in their pocket. As snus is often packaged in pouches (to reduce the occurrence of black-stained teeth) and kept in tin jars, it may be easily confused with nicotine pouches. Although these two products may look identical, they are different – the main distinction being that snus contains tobacco, whereas nicotine pouches do not, and thus nicotine pouches are legal in the UK. Many users feel that nicotine pouches offer all the benefits of snus, without the tobacco and possible side effects thereof – and of course, the serenity of knowing that the law is on your side.