Weuse cookies to personalize content and ads, to provide social media featuresand to analyze our traffic. We also share information about your use of oursite with our social media advertising and analytics partners, who may combineit with other information that you provided to them or that they’ve collectedfrom your use of their services. By closing this banner, scrolling this page,clicking a link or continuing to browse otherwise, you agree to the use ofcookies.
Home Nicopedia Swedish Snus and nicotine pouches 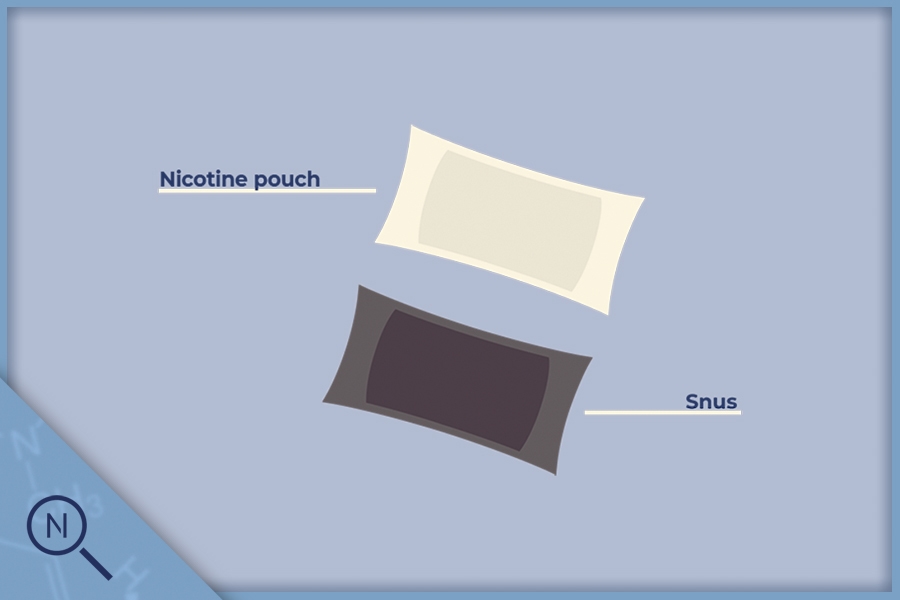 What is Swedish Snus and Nicotine Pouches? In this article we define the differences and much more!

Snus was initially picked up by the nobility but in a dry version called snuff which was consumed via the nostrils.  At this point in time, tobacco leaves were imported - making it hard to come by and too expensive for the working class.

The popularity of snus accelerated when Swedish farmers started to grow their own tobacco and mixing the leaves with salt and water.
The result was a moist mixture of tobacco with a unique taste profile that was put under the lip instead of the nostrils - meaning it could be used while working the fields and factories.

As snus rose in popularity, factories were created to meet the new demand. Different brands and flavors started to evolve on the new market which accelerated the demand even further.

When the Swedish tobacco monopoly was introduced in 1915, many snus brands disappeared. The best recipes, i.e. the best-selling once, were picked up by the new owners and lived on. So, in many cases, the Swedish snus used today is made from recipes and blends that are hundreds of years old.

The Swedish tobacco monopoly was abolished in the 1960s which was about the same time as the first reports of the dangers of smoking started to appear. Snus, as the only oral nicotine alternative at the time, rose in popularity and new innovations - such as the tobacco pouch, was introduced.

The pouch or commonly called portion is a small bag in which the tobacco is placed to make it less troublesome to form the tobacco with the fingers. Different formats lite mini, slim and white portion (extra dry) was introduced in the years to come. New flavors and nicotine strengths were also introduced to meet the demand from Swedish snus users and ex-smokers.

At the turn of the century, Swedish consumers had at least 20 brands and countless versions to choose from. The increase in assortment increased the demand even further and other players saw the potential in the Swedish tobacco pouch snus. Skruf Snus (Imperial Tobacco), Fiedler & Lundgren (BAT) and Nordic Snus (JTI) entered the Swedish market.

The success of traditional snus spurred the manufacturers to go even further towards a harm reduced nicotine pouch. With the new millennium came the tobacco-free nicotine pouch, also called all white portion. Brands like Nordic Spirit, On!, Shiro, White, Velo and ZYN were not only introduced to the swedes but to the global market.

The different types of Swedish snus

A product where the moist tobacco mixture has been placed in a small bag. Most popular brands consist of Kapten, Thunder, Skruf, Odens and Grov snus.

An extra small pouch for discreet use. Catch, General mini and On! are the most popular brands.

A slim version for a more discreet look and better fit under the lip.

Bleached tobacco pouches that reduce the risk of discoloring teeth.

A completely tobacco-free product that contains nicotine. The tobacco is removed in an advanced heating process in which the nicotine is separated from the tobacco leaves. Most popular brands are Zyn, Velo (formerly known as Lyft & Epok), Nordic Spirit, On! and Shiro.

A tobacco- and nicotine-free product often used as a supplement of cutting down on tobacco pouch consumption. Onico, Zeroberg, Kickup and Qvitt are the most popular brands.

The future of snus and tobacco pouches

The modernization of the tobacco pouches has lead to a breakthrough in the snus market. Nicotine pouches are completely white and free of tobacco which removes the risk of discoloring the user's teeth.
Many smokers experience nicotine pouches to be a great substitute to cigarettes and vaporizers compared to nicotine gum for instance.

The main advantage of nicotine pouches is because the same amount of nicotine can be consumed without exposing the airways to carbon monoxide which has a high risk of causing lung cancer.