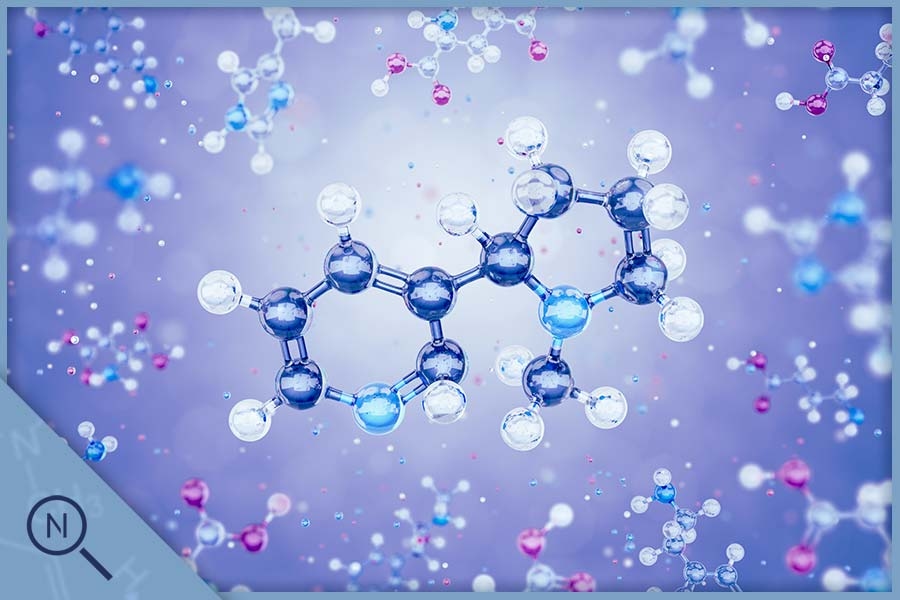 The use of tobacco products has accompanied humans all over the world for ages. This vast usage must reflect that the usage increases a sense of wellbeing in many subjects. However, smoking tobacco clearly increases the risk for cardiovascular- and lung diseases that includes several forms of cancer. However, other nicotine products do not cause such adverse effects of getting hold of nicotinic effects by smoking. Stemming from my own experience as a hospital-based consulting MD it has been hard to disregard the observation that many subjects with psychiatric disorders more often smoke than subjects without such problems, suggesting nicotine to cause relief of debilitating psychiatric symptoms. Actually, potential benefits of tobacco for the function of the human central nervous system was implied decades ago when smoking was proven to be clearly linked with a substantial reduction in the prevalence of Parkinson’s disease, despite the adverse effects from the smoke. Indeed, modern tests of pure nicotine has demonstrated increased ability to perform tests that challenge the speed and mental focus in humans and also to reduce many debilitating symptoms in mood disorders. Indeed, nicotine administered via transdermal patches improves attentiveness also in non-smoking adults without attentional deficits.

The effects of nicotine mechanistically come from binding to the so-called nicotinic acetylcholine receptors that are present in many human neural pathways. Nicotinic receptors are composed of five subunits and in response to the binding of nicotine a three-dimensional change of the receptor-form is induced that allows for ions to flow into the cell through the opening of a channel in the receptor. Because of the induced inward flow of these ions, the electric charge of the nerve cell membrane is changed and this regulates the electronic signals in and between the nerve cells. There are several different genetic variants of the five nicotinic receptor subunits in humans that likely affect the individual response of the binding of nicotine. However, dedicated mechanistic studies of the importance of individual receptor subunit variants are only possible to perform in duly genetically manipulated animals.

One major class of nicotinic receptors, which has the highest affinity for nicotine, contains so called alpha4 and beta2 subunits (alpha4beta2*-nAChR). And experimental studies using mice with genetically manipulated alpha4 and/or beta2 subunits have demonstrated that they mediate many of the effects that can be observed in response to nicotine. Null mutant alpha4 or beta2 mice (i.e. that have had the receptor completely removed by genetic manipulation) do for example do not exhibit signs of reward to nicotine. And interestingly, mice lacking the alpha4 subunit have elevated levels of basal anxiety clearly suggesting a particular role for this subunit variant to reduce basal anxiety. This also points to the plethora of effects of the receptor function can have on the function of the human mind that could be affected, and even compensated by, nicotine-binding.

Undersigned author recently performed a randomized trial in humans in which surprisingly modest effects of nicotine from moist snus was demonstrated when tested together with consuming a large meal. Systolic blood pressure rose about 3 mmHg and cortisol levels increased while the energy expenditure remained unchanged compared with placebo (non-nicotinic snus). Thus, the BP increase was lower than has been recorded by intake of caffeine in healthy individuals. Interestingly, this increase in cortisol might be a mechanism for increased attention and focus since it is a well-known short term effect of cortisol, clinically. However, it should also be pointed out that chronically elevated cortisol levels are quite detrimental for human function. Interestingly, the short term increase of cortisol by nicotine from moist snus was a lot smaller than I found in another randomized trial of vigorous physical activity.

This popular scientific review of potential positive effects of nicotine has been based on recent meta-analyses and reviews that mainly covered the scientific publications up to 2020. Trials of nicotine effects for the last 2 years were scrutinized yielding another 317 publications by searching for a combination of the words “nicotine” and “effects/s” on PubMed (www.pubmed.com, the major internet site for high standard science publications) the years 2020-2022.

Effects of Nicotine in Enhancing Attention and Focus

Acute effects of nicotine include improved attention and ability to perform competitive task faster and more accurately. This effect seems to be more pronounced than what can be induced by coffee although clinical trials of high-quality with direct comparisons between these two compounds were not found. In popular culture it has been very common to depict creative subjects while smoking cigarettes in the apparent aim to find increased focus and creativity. Indeed, recent randomized trials have shown nicotine to enhance different aspects of cognition and of hearing. One recent trial reported better precision, i.e. to hit higher scores, in skilled non-smoking archers. Also, transdermal nicotine reduced pain and swelling after oral surgery with few side effects, compared with placebo, an effect that apparently would help to focus on other matters then the toothache.

Nicotine has also been shown to decrease food intake, smokers assigned to varying dosages of transdermal nicotine patches displayed decreased caloric, carbohydrate and fat intake decreased in a dose-dependent manner. Indeed, increasing nicotine dosage has been shown to be positively associated with a sense of satiety and fullness. Studies on smoking cessation are in line with the effects of nicotine on appetite suppression, it is well known that body weight usually increases after smoking cessation. However, this dire consequence of quitting to smoke can be diminished by nicotine replacement therapy. Interestingly, the appetite suppressing effects of nicotine were further enhanced by caffeine in a randomized trial in healthy men.

Potential Effect of Nicotine on Psychiatric Illnesses and Dementia

In a short-term 4-day open-label trial, transdermal nicotine decreased depression symptoms and increased REM sleep time. Also, a 4-week randomized placebo-controlled trial of transdermal nicotine shoved decreased depression severity and improvement in attention as measured by the so-called Connors Continuous Performance Task. Finally, an 8 month randomized controlled trial of transdermal nicotine demonstrated long-term antidepressant efficacy comparable to the antidepressant fluoxetine. These clinical data support that nicotine administration may indeed reduce depressive symptoms and is in line with the high use of nicotine as self-medication in depression.

In another trial of adults with attention deficit hyperactivity disorder (ADHD) 25 abstinent smokers and 27 nonsmokers participated in a double-blind placebo-controlled study of nicotine patches. Nicotine reduced reports of ADHD symptoms by 8% and negative moods by 9%, independently of smoking status. The results support the self-medication hypothesis for nicotine in adults with ADHD and suggest that smoking cessation and prevention efforts for individuals with ADHD will need to address both the symptom reducing and mood enhancing effects of nicotine.

In conclusion it is important to differentiate between the hazards of smoking tobacco in contrast to consuming purer forms of nicotine devoid of the smoke. Nicotine undeniably induces a considerable risk for addiction which is indeed a bothersome inconvenience. However, the acute effects on classic risk factors for cardiovascular disease such as on blood pressure are less than that induced by caffeine as referenced in this review. Also, the weight reducing effect of nicotine, by both lowering appetite and to increase energy expenditure may counteract such cardiovascular risk factors substantially. Purified nicotine is indeed a tool of many to help when one wants to stop smoking and nicotine also offers symptom relief in many mental disorders, and it can increase focus and attention in healthy subjects, as presented in this review. It is obvious that there are many potential positive effects of activating the nicotine receptor in humans that explains the widespread and continuous use of the substance, in particular when the nicotine is devoid of any smoke.

Note from the editor: The references in the text have been removed to increase the readability. To access the popular scientific review with references, please contact isak.rutqvist@hayppgroup.com