Our submission to the EU's Call for Evidence – we believe the EU should adopt a risk reduction perspective
Home / Nicopedia / Nicotine pouches in Scandinavia. An explanation 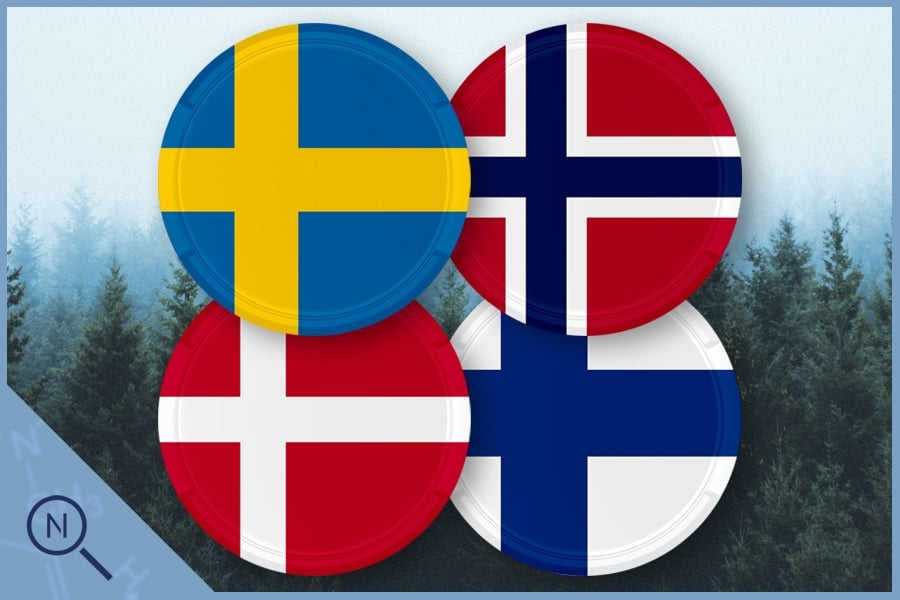 Nicotine pouches in Scandinavia. An explanation

A brief look at the history of nicotine pouches, and their usage pattern within the various Nordic countries.

In the world of nicotine, nicotine pouches are still a relatively new product. Although they were first created in 2000, they only reached the UK market about four years ago, and are still relatively unknown compared to their tobacco peers. Currently, nicotine pouches’ strongest market is definitely Scandinavia – let us take a look at their fare there.

The history of nicotine pouches

We all know that Sweden is well known for its love of snus but, in fact, nicotine pouches were also created in Sweden, by the company Swedish Match. When manufacturers at Swedish Match discovered that they were able to extract nicotine from the tobacco leaf through a specialized heating process, it soon gave rise to a new and 100% tobacco-free product.

Although nicotine pouches resemble snus pouches in terms of look and feel, they are very different with regards to ingredients, production, and storage. Nicotine pouches contain fibers, a gum base, flavourants, and of course nicotine. This means that they do not require refrigeration and can instead be kept in your pocket or bag for easy and convenient access. However, you use them in the same way as you would a snus pouch – placing them under your lip for between 10-40 minutes while the nicotine is absorbed into your bloodstream.

What is the nicotine pouch market like in Sweden?

Sweden is currently the biggest producer and consumer of nicotine pouches. With its longstanding history of snus use, placing nicotine pouches underneath one's lip seems like a natural progression, and mirrors that innate “Scandinavian experience” previously restricted to the use of snus. Nicotine pouch users tend to enjoy the product as it requires no extra equipment (e.g. a lighter), can be discreetly used indoors without anyone noticing, and the all-white (no tobacco) characteristics of nicotine pouches means less drip (black saliva) and no staining of the teeth.

Are nicotine pouches popular in Norway?

Considering the popularity of snus in Norway, it would be logical to assume that nicotine pouches would be equally as popular. However, Norway has a slightly more troubled relationship with nicotine pouches, and the 100% tobacco-free variants are currently banned. Although nicotine pouches were sold and popularly consumed in Norway between 2014 to 2018, the Norwegian Directorate of Health put a stop to sales. The Directorate reasoned that, as nicotine pouches do not contain tobacco, they fall under a different market category from snus and were therefore not legalized as a new form of nicotine consumption. Despite uproar from the press and politicians alike, this ban still holds, and fines of 15 000 NOK (approx. 1500 pounds) are imposed on anyone selling nicotine pouches.

However, a few days after the ban was initiated, the EPOK brand introduced a new type of nicotine pouch to the market. This new product contained a small amount of bleached tobacco in order to circumvent this new law. Currently, EPOK is still being sold in Norwegian stores.

Nicotine pouches in Denmark and Finland

Denmark and Finland are also very strong markets for snus and could therefore be perfect markets for nicotine pouches.

The introduction of nicotine pouches is still very recent in Denmark, and thus it has not reached the same level of popularity there as across the bridge in Sweden. However, reports show that nicotine pouches are beginning to show more and more traction within the Danish market.

Finland has a very different approach to nicotine pouches, as any product containing more than 4 mg of nicotine is subject to the Finnish Medicines Act, which means that it can only be purchased with a valid prescription. These restrictions on nicotine pouches are based on the same argument found in Norway – that the lack of tobacco in nicotine pouches pushes them into an entirely new category of product.