Snus in the USA - Danish origin and new Swedish trend

Although Snus as a tradition is nothing new in the USA, Swedish snus is now gaining in popularity there, thanks to new FDA guidelines. Swedish manufacturers are seeing a giant snus market emerging, with the Swedish word ‘snus’ now being used in American English. 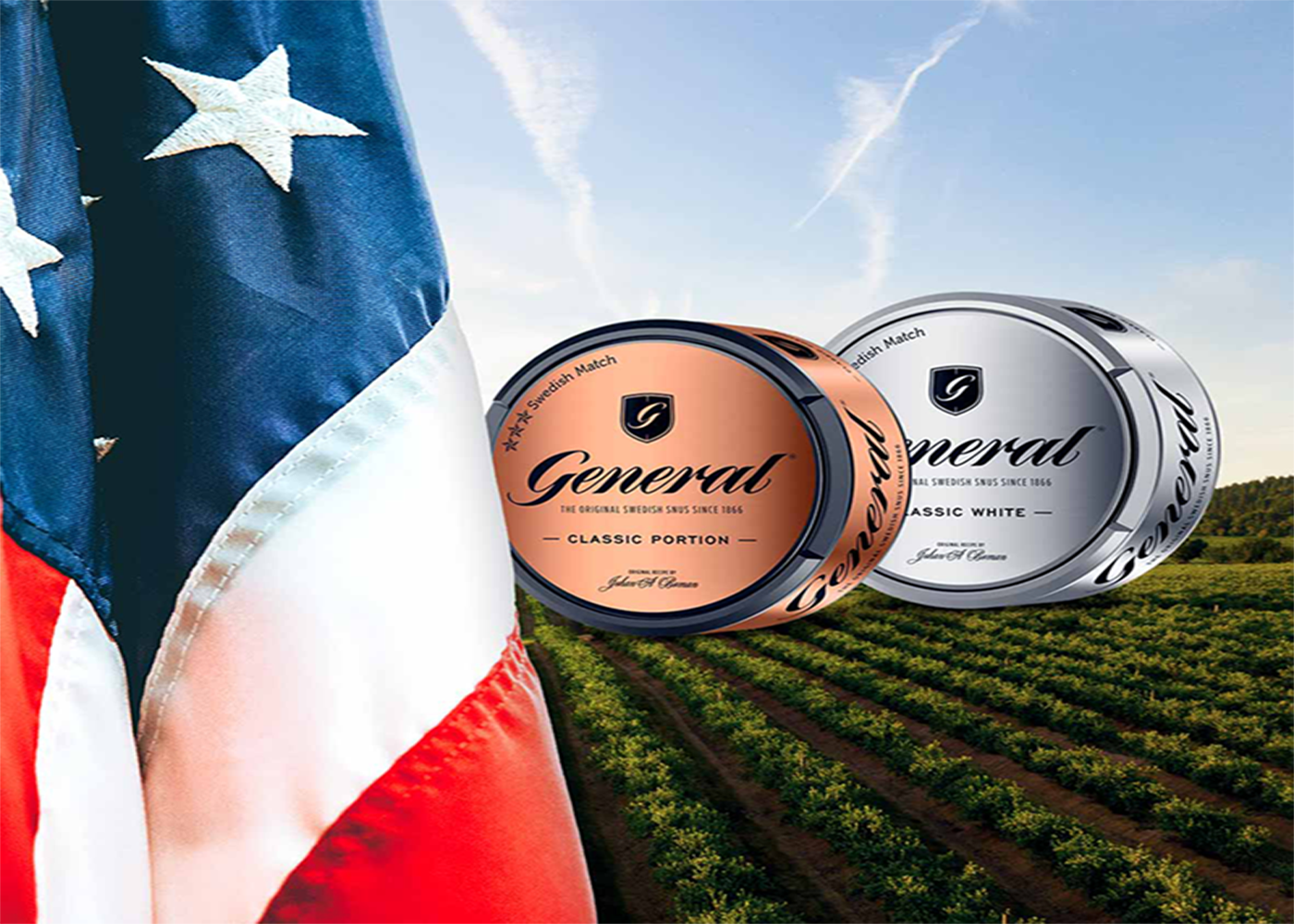 ‘Snus’ has been around in the USA for as long as the European settlers. To begin with, American snus was dry and taken through the nose, which was exactly what was being done in Europe at that time. It then gradually evolved to become the damp snus that you bake with your fingers and put under your lip today. In the United States, the prilla (pouch) has traditionally been placed inside the lower lip. This practice is reflected, among other things, in the special spitting between the lower teeth that can be seen in films from the American South.

Interestingly enough, the first damp snus brand in the USA was called ‘Copenhagen’. It was launched in 1822 in Pittsburgh, the city in Pennsylvania that was an important centre for emigrants from Scandinavia. The brand still exists today and is one of the biggest snus brands on the U.S. market.

The American snus is usually called ‘snuff’, or ‘moist snuff’ (‘damp snuff’), or dip (in the early days, you dipped a stick in the scented snuff and tucked it into your mouth). The modern Swedish snus that is now making inroads in the United States, however, goes by the original designation ‘snus’ (pronounced ‘snoose’), rather than ‘snuff’. The Swedish snus is sold in portions, whereas American moist snuff is usually sold loose (with some exceptions).

Swedish snus in the US also differs from traditional American snus in the sense that it is pasteurised rather than fermented. Pasteurisation, which nowadays is used throughout the Swedish market, has the advantage of killing off a number of harmful microorganisms that might otherwise find their way into the moist tobacco during manufacturing and enter the box.

Major Swedish snus trend in the USA for health reasons

October 2019, and a sensational announcement is made by the US Food and Drug Administration (FDA). In a press release, the FDA announced that Swedish snus would be classified as "less risky tobacco". One argument behind the decision are the health benefits derived when smokers move over to snuff, of which there is actually evidence. (The FDA does not, however, claim that snus is healthy in itself.)

The FDA's decision applies specifically to eight snus products manufactured by Swedish Match in the United States. This is the first time the FDA has taken the opportunity to classify a form of tobacco as less risky, with the decision set to have consequences on other markets too.

The decision by the FDA heralds a new era on the North American snus market, where some forms of snus may now be marketed as less harmful (though still with due warning on the packaging), a development motivated by health arguments and with a clear link to Sweden. When Swedish snus gets the label ‘less risky’ by perhaps the world's most important authority in the field, Swedish manufacturers are naturally rubbing their hands with glee after many years of lobbying for the benefits of snus compared to tobacco that is smoked.

The Swedish snus that has been given the green light in the USA remains banned in the EU (except Sweden). But even if the EU recently renewed its ban on snus in a judgment against Swedish Match, it must be said that there are developments happening, even on the ‘old continent’, in terms of the legal status of snus. Switzerland has recently lifted its ban on snus, citing health benefits, among others, for example, and in Finland there is also widespread support in parliament to lift the ban on snus, which was put in place when Finland joined the EU in 1995. Swedish snus manufacturers are of course paying close attention to developments in this area.

Buying snus in the U.S.

Buying snus in the United States is nothing difficult or controversial in itself. Snus is sold openly and freely and is available at many outlets around the country. However, it can of course be difficult to find your  usual snuff variety if you travel to the US from Europe. In the United States, it is the varieties on the US market that can be found, as you would expect. And even if European manufacturers are represented in North America, their products are not necessarily identical to those back in Europe. At the same time, it's not the same food or the same drink either, and this can all be part of the fun of travelling of course.

In the US, you can also buy snus online. Of course, you can buy American snuff online, but you can also buy Swedish snus online and get this delivered to an address in the US. You might see this option as a life-saver if you do not want to, or really cannot, get used to the American snuff varieties and instead want your usual Swedish snus in your pocket even on the other side of the Atlantic.